Maxwell Drever has been amongst the nation's leading contrarian impact investors for nearly five decades. 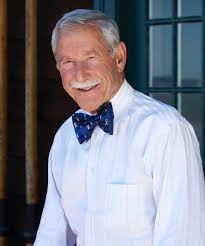 Maxwell Drever is Chairman Emeritus of Drever Capital Management.  During the span of his career, he has been lead investor in the development and redevelopment of more than three billion dollars in total transactions.   These totals translate into 40,000 plus multi-family apartments, making him, over the past five decades,  one of the nations leading contrarian impact investors.

Through it all, Maxwell has remained a socially responsible investor, always committed to “doing well by doing good,” and always making certain to return to his investors, consistently high, risk adjusted returns.

Highlights of his career include one of his early 1970’s deals; the profitable transformation of 17 multi-family complexes in the Seattle area and the communities where each property sat.  Also of note are his interactions with the Residential Trust Company, formed at the conclusion of the Savings and Loan debacle of the late 1980’s.

At that time, he became one of the RTC’s largest buyers of multifamily housing (ultimately totaling 18,000 apartments).

Maxwell Drever went on to merge his RTC properties into Walden Residential a Dallas, Texas based REIT, which at the time had been traded on the New York Stock Exchange.  Through this combination, a $1.4 billion thriving REIT was born.

In addition, he was the founder of Concierge Asset Management. Concierge ultimately merged with Crossbeam Capital, which focuses on the acquisition and redevelopment of multifamily projects in distress. Today, Crossbeam owns and manages 8,000 residential apartments

Maxwell Drever is the proud holder of a bachelor’s degree in finance from the University of Illinois.  He considers his years in Urbana as one of the key times in his life.  In fact, he attributes much of his success to both the educational and life lessons learned during his years as a proud Illini.

Introducing the world of Maxwell Drever would not be complete without mention of his passion for all things philanthropic.  Maxwell’s charitable interests run far and wide, and include assisting in the health and education of underserved youth, building programs that create awareness for the many issues of eldercare health, and providing funds students struggling to pay for the ever increasing cost of college tuition in the United States.

Excessive tuition is the impetus behind the subject of this website, the newly formed Maxwell Drever Scholarship.  The Scholarship, the Maxwell Drever Grant, and several other soon to be introduced initiatives will most certainly bring out the best of Maxwell’s can-do spirit , helping students struggling to make it to the day they receive their diplomas.

To be eligible for a scholarship, you need to keep in mind a few key things. Make sure you meet the specific requirements of the scholarship program. Secondly, completing all paperwork and applications correctly on time is a must. You also need to stay organized and keep track of deadlines and any other necessary materials or information required for the scholarship process. These basic practices will increase your eligibility.

In this order, you can qualify for Maxwell Drever Scholarship if you have an exceptionally well academic standing and come from an accredited college or university or aspire to join one. Students with U.S. citizenship or permanent residence can be preferable. Those who score higher GPAs will have the edge over others. If you meet all the eligibility criteria as specified, you will have a bright chance of securing the scholarship program. Here are the parameters:

If you’re hoping to secure a scholarship, you will need to furnish certain information to be considered. It includes your academic transcripts, test scores, and an essay. In some cases, scholarship providers ask for proof of financial need, but we don’t need this. It’s important to remember that scholarships are highly competitive, and you will need to put your best foot forward to be successful.

When providing the required information, you need to be diligent with your details and the processes. Ensure you don’t leave any fields empty and fill them with accurate and relevant information. Incorrect or incomplete information could disqualify you from the scholarship process. Proofread your essay or application before submitting it. Take the time to read and understand the essay prompt or question. It will help ensure that your response is on point and addresses what the scholarship committee is looking for from an aspiring and ambitious student like you. A well-written and error-free application will make a good impression on the committee and improve your chances of selection for the scholarship. Don’t forget to keep copies of the materials/ details you submit, as you may need to refer to them later.

Students have an opportunity to write on a topic of their choice from the options provided below. When answering one of the essay questions for scholarships, focus on what you want to say and how you want to say it. It’s essential to be on point and concise in your essay, so make sure you understand the question before you pick one or start writing. Be honest and genuine in your answer. The paper should reflect your thoughts and experiences; don’t copy someone else’s style, approach, or idea. The essay can be just one part of the entire process, but it can decide your application’s success.

Before submitting your scholarship application, read the eligibility requirements carefully and make sure you meet all of them. If you need, spend time on the application while filling in your details to ensure they are complete, authentic, and accurate. Include all requested information, and be sure to proofread your work for any errors. Meeting a deadline is a sign of sincerity and discipline, so submit your application by the deadline. Your efforts can improve the chances of your application getting accepted and awarded a scholarship.